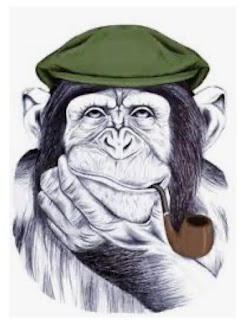 Just days ago the United States seems to have reached a point of critical mass regarding the fear, confusion, unrest, and assault that have abounded in our country for years.  With no resolution.  And now there is fresh outrage from police violence and the indifference of federal government leadership.  So much so that it’s been difficult to even imagine a way out of this chaos.

Accusations have been hurled from every side.  Disregard is evident  for the rule of law.  Violence has been perpetrated under the guise of law enforcement.

But look closely.  What appears to be complete and unending disaster is holding the promise of profound transformation.  The proof of this is in the hundreds of thousands of people protesting PEACEFULLY for days on end throughout the country.  The explanation of what is happening lies in the concept of the hundredth monkey.

Here is the story in his own words.

“The Japanese monkey, Macaca Fuscata, had been observed in the wild for a period of over 30 years.
In 1952, on the island of Koshima, scientists were providing monkeys with sweet potatoes dropped in the sand.  The monkey liked the taste of the raw sweet potatoes, but they found the dirt unpleasant.

An 18-month-old female named Imo found she could solve the problem by washing the potatoes in a nearby stream.  She taught this trick to her mother.  Her playmates also learned this new way and they taught their mothers too.

This cultural innovation was gradually picked up by various monkeys before the eyes of the scientists.  Between 1952 and 1958 all the young monkeys learned to wash the sandy sweet potatoes to make them more palatable.  Only the adults who imitated their children learned this social improvement. Other adults kept eating the dirty sweet potatoes.

Then something startling took place. In the autumn of 1958, a certain number of Koshima monkeys were washing sweet potatoes -- the exact number is not known.  Let us suppose that when the sun rose one morning there were 99 monkeys on Koshima Island who had learned to wash their sweet potatoes.  Let's further suppose that later that morning, the hundredth monkey learned to wash potatoes.

By that evening almost everyone in the tribe was washing sweet potatoes before eating them.  The added energy of this hundredth monkey somehow created an ideological breakthrough!

But notice: A most surprising thing observed by these scientists was that the habit of washing sweet potatoes then jumped over the sea...Colonies of monkeys on other islands and the mainland troop of monkeys at Takasakiyama began washing their sweet potatoes.
Thus, when a certain critical number achieves an awareness, this new awareness may be communicated from mind to mind.

Although the exact number may vary, this Hundredth Monkey Phenomenon means that when only a limited number of people know of a new way, it may remain the conscious property of these people.
But there is a point at which if only one more person tunes-in to a new awareness, a field is strengthened so that this awareness is picked up by almost everyone!”

From this we deduce that
The hundredth monkey effect is a hypothetical phenomenon in which a new behaviour or idea is said to spread rapidly by unexplained means from one group to all related groups once a critical number of members of one group exhibit the new behaviour or acknowledge the new idea.

The “new idea” in this scenario is most certainly not the concept of protest.  This has been a familiar theme throughout our country’s history.  What is new and different and surprising and remarkable is
a common (and what appears to be unspoken) agreement among ALL of the people protesting:  The choice of a PEACEFUL protest as a course of action.   A truly beautiful, heart-centered decision especially in light of the blazing and incendiary emotions that have been unearthed on every side.

Over the years there have most certainly been trail blazers who have courageously spoken their truth about racial injustice and who have fought for fairness and peace.  Their words and actions have been heard and witnessed and embraced by many individuals.  In their efforts to find justice they have wisely understood the source of true power.  They have realized that the power, the promise of change resides in love and it is in LOVE that we will ultimately  find the grace and generosity to begin to understand the problems and the pain of all individuals who inhabit the earth.

That beautiful wisdom cultivated by these heroic figures and their insight and trust and commitment
have inspired the hearts of growing numbers.  And now we have reached a point of critical mass.  And the wisdom has taken hold.  How truly amazing it has been to see so many protest peacefully as ONE.  Almost beyond comprehension given the volatile nature of what has been transpiring.  And given our history, almost unimaginable.

Yes, some violence has erupted but not from the peaceful protestors.  They are too powerful
vibrationally to have their efforts halted by those intending to disrupt and destroy.  The peaceful protesters are here to rebuild and they are doing it skillfully with an open, loving heart as their inspiration.

We have not yet fully understood the majestic design of our glorious universe which waits patiently in every moment to help us when we make the decision to evolve.  But we most certainly have now caught a remarkable glimpse of how we can open our hearts to work together in miraculous ways to make a better tomorrow...for everyone.

"Collective awakening is the hope of our planet.”
- Thich Nhat Han