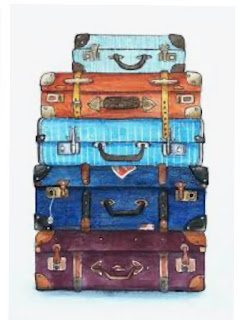 It’s a good start.  An important start. But it’s only the beginning.

Some kind of legislation regarding police brutality is apparently something all of our lawmakers can wrap their brains around…at least when thousands of people in every state keep marching to demand reform.

But there is so much to unpack here.  And that unpacking has to do with a heavy burden of systemic racism that lies at the very foundation of our country.  Racism that has produced unrest, unease, riots, injury, death.  Negative behavior all stemming from one primal source:  fear.

There are two primal emotions. Fear is one and loveis the other.  The more we cultivate one, the less room there is for the other.

We have seen what more fear can do but what of this equation:  more love, less fear.

We can actually use love to TRANSMUTE fear.  We can use it in this way.

Instead of dividing into two primary parties each determined to prove the other wrong (our traditional response), we can instead...and this may seem radical and difficult and uncomfortable...

“Listening to understand” means no countering with our feelings and experiences...only listening to THEIRS.

When people feel heard and truly understood, something softens inside them.  They leave the brittle cave they have sequestered themselves in and begin to see beyond their own experiences, their own pain.  They don’t forget the pain but rather become capable of recognizing others’ pain.  And this is a necessary foundation for the realization that we all share a common humanity.  That we are all One.

One by one, we begin.  Stepping past our own beliefs, we open our hearts to minister to each other’s pain.

I wonder...
What if no one "argued" religion or politics...or anything else for that matter?  What if we all talked to each other to learn about what others believe and why and how their beliefs have affected their lives?

What if we all listened to what others said without feeling threatened or intimidated?  What if we had nothing to prove and, possibly, something to learn from hearing other points of view?

The world would surely be a very different place than the way it is now.  It would more closely resemble a gathering of curious scholars and philosophers than  being the hotbed it is of arguments and disputes that have culminated in unrest, injury and violence.

Can you imagine the wealth of sharing and mutual support that would take place if every man clearly embraced his highest calling "to understand"...one of the most powerful and needed changes that could ever occur on our planet.

Can we help each other UNPACK the stories that burden us, creating a space for mutual understanding and shared compassion?  Can we embrace the practice of love rather than feel the fury of fear?

image on Pinterest
Briana Kranz watercolor and ink |poster
Posted by Mystic Marks at 12:28 AM