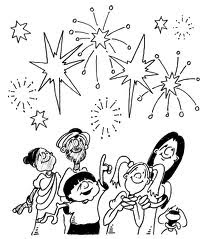 The Internet has presented us with the perfect instrument for spreading a message throughout the world.
When this access point is engaged to communicate a message of great import and significance and the consciousness of the world is ready to receive it...we have a global stirring which is described in the vernacular as GOING  VIRAL.
As the world evolves it is ready for new messages and, gloriously,  we seem to be moving into the beginnings of a beautiful, uplifting spiritual evolution where LOVE is being revealed to be the center of All That Is.

Wouldn't it be wonderful to embark on the cutting edge of this new dimension and make a personal contribution to its expansion?

This can be done in so many truly creative ways.

In a recent issue of O (Oprah Winfrey's magazine) a contributor described her new project of writing a thank-you letter to someone each day of the year.  The author of this message said this decision is changing her life.

Wow!  What a beautiful mindset we would be in to be able to identify each and every day someone who has touched our life in a special way and express that sentiment in a thank you.  Now that's gratitude and Don Miguel Ruiz says, "Gratitude is one of the greatest expressions of LOVE."
I just bought myself a beautiful package of THANK YOU NOTES with a lovely bluebird resting on an assortment of lavender and blue flowers.  I picked this package because it filled me with JOY and I am sending that vibration of joy out each time I send out a note.  I am already finding it a favorite moment of the day.

Here's another way  to do some cutting edge work on this concept.
In a recent blog post (The Divine Matrix) I explained that I check the listing of the ten most popular posts in my blog each day because I now believe that the blog posts on that list are pointing me to some thoughts I need to be conscious of in that moment. The list is changing all the time so I make a point of looking on a daily basis to see the messages being selected for my attention.On a recent day I noticed the post called "Hug Alerts and Compliment Showers" was listed in the most popular blog posts.
I pondered the question...Does someone I know need a compliment shower?
None of the key players in my life came to mind so I decided to send out compliment showers via the Divine Universe to whomever I thought of.  It was great fun to reflect on the beautiful gifts of persons I knew and name their special qualities and I made a point of including some individuals who had presented me with some challenges in my life.

Do you remember the story of THE HUNDREDTH MONKEY?
It goes like this...
When a certain tribe of monkeys began to develop a new skill and the number of monkeys able to perform that skill reached one hundred...monkeys all around the world  began to demonstrate the skill.

Can you imagine the huge contribution you can make by entering  a gesture of Love into  the universal consciousness and helping the number reach critical mass?  And wouldn't it be fun to think of some cutting-edge, far out way to do it?

Let's all be a part of Love, the Defining and Signature Principle of the Divine Universe,  Going Viral!


image from australiaday.org.au
Posted by Mystic Marks at 6:08 PM