The Awesome Power of Our Inner Child 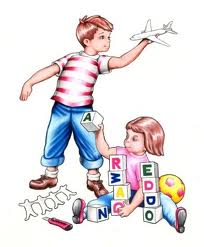 The really important things in life are very simple...but somehow we often manage to complicate them, losing track of the natural instincts we possessed as a child.

In that space...in that time...as a child...before we became influenced by limiting beliefs...we instinctively knew what to do.
When we felt hungry, we ate.
When we felt joyful, we played.
When we were tired, we rested.
If someone's game didn't feel OK with us, we walked away.
We had a clear perception of what was good for us and we honored it.

And then...we were exposed to the expectations of others and to please them (and often to win their love and gain their approval) we lost sight of how beautifully and wonderfully we were already governing ourselves and adopted the values belonging to others (one of the most troublesome behaviors we are inclined to practice as earth dwellers).
We OVERRODE our own perceptions and instincts and THAT is where the trouble began.

Soon we developed EXPECTATIONS for ourselves from outside influences that led us to push past our own natural messages from a physical, mental, emotional and spiritual perspective.
We began to work harder and longer than was good for our bodies, sometimes even pushing past the point of exhaustion.  We paid attention to the needs of everyone around us and forgot our own.  We lost the ability to say no when we were asked to do more than we were comfortable doing.
We constantly tried to do more, be better, be smarter and, in the end, we were LESS and we suffered...depleting our resources and reserves and falling vulnerable to illness and exhaustion.
The good news  is that our original wisdom is still with us...carried in the heart of our inner child.
Powerful stuff.
Important stuff.
Great natural medicine just waiting to be recognized.

How much more simple..and beautiful...and peaceful life is when we march to our own drummer.  What beautiful music we make when we listen to the harmony of our own hearts!

The comment has been made by many spiritually-centered people that  everyone in the world is now moving into a dimension centered around love.
Why don't we all join in this wondrous evolution by listening more closely and with fervent devotion to this beautiful instrument driving the universal heart!
image from iexpresstoday.com
Posted by Mystic Marks at 6:30 PM