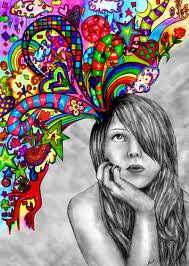 The greatest secret of the miraculous mechanics of manifestation is that the entire process happens in exactly the reverse order shown to us by our physical senses. ...An imagined ending point forces the means (the right people appearing at the right times) that will bring about the manifestation.                   Mike Dooley


What an interesting concept:  the ending point  IS the beginning.


Translation:
To manifest something in our lives we need to zoom directly to the image of ourselves  we wish to produce and infuse that image with vibrant emotion and intense energy.

What a magical design plan and so totally delightful!   What fun!
Could it be any easier to manifest what we desire?


Albert Einstein told us that "Imagination is more important than knowledge."  And the Divine Universe has given us a playground in which to unleash this fierce and fabulous ability.

Paint the most vivid, colorful  portrait in your mind of who you want to be.

Remember, you've already been hired to play this role (by the Divine Universe, no  less).  And it's all because YOU decided this is what you want.


Who could resist you...you NEVER resist Life!  Whatever it brings,  you're in...ready to deal...ready to find the beauty and strength and the impact of that moment.  You're a-ma-zing and confident.  You view EVERY moment as a chance to ex-per-I-ence and learn something.  You reach out and resonate with everything around you.  You are not just in the picture; you ARE the picture.

Now the wondrous Divine Universe steps in to choreograph the production, lining up all of the actors, writing the lines, directing the action and setting the scene design...all leading up to the unveiling of the image YOU requested.

Thanks to the beautiful, magical Divine Universe the path to The Imagined Ending Point has uncovered itself!

image from thecostaricanews.com
Posted by Mystic Marks at 2:19 PM