The Gift of Will Smith 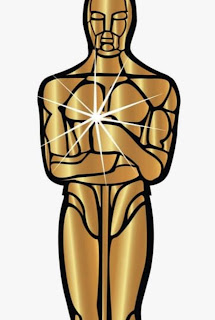 The 2022 Academy Awards were most certainly a departure from most years past where months of careful planning and protocol meticulously set the stage and formed the overlay for the event.

Yes, designer gowns and tuxedos were sparkling and glamorous as they seemed to magically appear ensconced on the famous red carpet leading to the metaphorical kingdom of OZ.  And fashion commentators dotted the scene asking predictable questions of celebrities and receiving predictable answers.  Naturally, extravagant compliments abounded with everyone happily beaming for the cameras.

As usual, the evening unfolded with actors and their supporting artists heralded for their outstanding work and historical contributions.  A trio of female hosts engaged the audience with their wit and delightful stage presence.  It was a GLORIOUS evening of celebration.

And, then, suddenly, like life… it was also MESSY.

Will Smith’s cataclysmic moment appeared like a vortex flashing onto the scene.

How did this moment of chaos erupt during the Academy Awards in the midst of  all the careful staging?  And, more importantly, why did it occur?

The answer to this question can be found by looking at the way we interact with each other and, most especially, by what we have experienced  after living through two years of a pandemic and now a war raging in Ukraine.  We have endured  unprecedented levels of stress. We have been unable to access our regular avenues of interaction.  We have often been alone with our depression and suffering.

Perhaps Will Smith was speaking for the pent up distress of Everyman and giving us a stark,

dramatic portrait of pain that has been trapped in the subconscious

and unable to breathe, see the light of day, be understood by others, and, hopefully, be healed.

Perhaps it was a message to all of us that we are carrying issues that cannot and SHOULD not be pretended away.  Issues, truths that must be spoken and attended to.

We are all carrying pain in varying degrees. And we all have the capacity to help others heal by listening to the messages of their hearts with whatever energy we have available to us.

It was beautiful to see Chris Rock

intuitively deal in a calming way with that impulsive explosion of emotional energy.  It was also beautiful to see friends of Will Smith attend to him after the disruption.  And it was beautiful to see Will Smith begin to express his dawning realization of what he had just revealed in such an explosive manner.

Perhaps it was one of the most significant moments of the Academy Awards as it showed us so clearly how deeply we all need to consider our pain and how we can all help each other to heal.