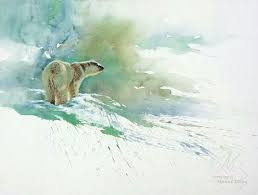 
It seems the doc was having a meal alone one evening in a restaurant when he was invited by an acquaintance to join him and four other friends at another table.  Now the interesting thing about this is that the five gentlemen who were sitting together were all very conservative in their beliefs and my podiatrist leans way in the other direction.


The subjects discussed by the group during the lengthy conversation which took place  that evening were religion and politics...a red flag zone if ever I'd heard one.  But the doc told me that just as the conversation opened, he announced that he does not argue religion or politics.  He just discusses them in order to understand others' points of view.


I was intrigued as I heard his no arguing stipulation and wondered how the conversation had evolved after he made that statement.  With the most delighted demeanor,  the doc informed me that the conversation that ensued (with him on one side and the five gentlemen on the other) had been enlightening and stimulating and gentlemanly in tone.  And, as the doc departed the gathering one and a half hours later, he was informed by group members that he had presented thoughts and ideas they had never considered before.


What a profound result had occurred that day from the very sincere declaration of the doc, "I don't argue religion or politics."


The world would surely be a very different place than the way it is right now.  It would more closely resemble a gathering of curious scholars and philosophers than often being the hotbed it is of arguments and disputes that sometimes culminate in unrest, injury and violence.


Why do we have a need to compel or persuade others to "see things our way"?  Why is it so threatening to us that others reject our beliefs?  Why do we need to see OUR ideas prevail? And why are some of us sometimes willing to inflict mental, emotional or physical injury on those who do not share our views?

Have we not come to this earthly dimension to learn, to experience, to discover for ourselves what there is to know?  And are we not gifted with the company and comradeship of other earth travelers who are also here to discover FOR THEMSELVES what there is to know? Why argue with each other when everyone has been given this same calling?  Why not stay open to learning what has been noticed, accepted, embraced and assimilated by others and try to understand what they have learned that has felt so important and appealing to them?


"I do not argue.  I discuss so I can understand."


Can you imagine the wealth of sharing and mutual support that would take place if every man clearly embraced his highest calling "to understand"...perhaps one of the most powerful and needed changes that could ever occur on our planet!


image from pinterest.com
Posted by Mystic Marks at 11:58 PM