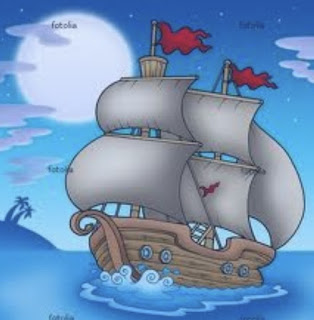 It was a windy night in Galway, Ireland. I was visiting my daughter Rachel who is on sabbatical there and I was sleeping in her guest bedroom. Rachel’s apartment house is located on a peninsula on Galway Bay. It sits literally in the middle of the harbor and, if you look outside of her window, you can see sailboats of all sizes lined up and moored to the docks.

On this particular evening I was awakened by the sound of someone apparently working on a boat in the middle of the night. There was a persistent clanging, actually two different clangings…and it felt like one was agitating the other. My daughter had told me earlier that she slept with earplugs because of the harbor noises, but I didn’t feel a little background sound would make a difference to me. I was wrong.

That night I tossed restlessly for hours, growing a strong frustration that vibrated every time I heard another sound. I could hardly believe that someone had decided to work on his boat at this hour. The logic was beyond me. I went to the window of the bedroom and parted the curtains. The boats were sitting in the water, magically illuminated by the mooring lights. The scene was breathtakingly beautiful…and there was no one to be seen working in the area. Confused, I looked further and discovered that the wind was willfully whipping the branches of a very tall tree against the night sky.

So, I thought…it’s the wind I have to deal with and decided I would try to use my consciousness to slow it down. (I had read on a couple of occasions that it is possible to move a cloud so I thought I would try changing the wind speed.) I was finally able to slow it down enough so that I could get some sleep but decided I needed a better plan as I am not yet practiced in the art of cloud/wind transport.

We checked the anticipated wind speed for the next night and, sure enough, a very windy evening was in the offing. I decided to see what resources I could call up because I did not want to go the ear plugs route.

Remembering a very important lesson I had learned from a book called Courageous Dreaming by Alberto Villoldo I decided that I had to change my story about the clanging. The first night it had represented a series of constant intrusions into my night of peaceful sleep. Now I decided to call up my imagination and create a new story. In this scenario the clanging actually was coming from a phantom sailor called Ichabod. I was asleep on the lower deck of a boat with several sailors. Every night the phantom Ichabod made an appearance on the top deck and proceeded to adjust the masts and moorings, clanging away as he worked. Everyone on the boat knew Ichabod and held a great affection for him. Ichabod’s appearance each evening signaled that all was right with the world…and with the clanging reminder of his presence, everyone slept soundly. Including me.

The next morning I ecstatically celebrated the beautiful way I had been able to “dream” myself into a peaceful place.

Telling myself a new story has become for me a new way to deal with the challenges that present themselves in my life. And it’s not always easy. And sometimes I forget to do it. But, oh, when I can remember this lesson and make it happen, I am overjoyed with the knowledge that I can change the way I perceive my reality. I was over the moon about Ichabod. Rachel, too. She has even adopted him as a guest in her harbor home.

In creating this story I followed Villoldo’s advice to create my story (or dream) by flying to the level of eagle which is spiritually based. I framed the sound as a peaceful resonance and that is what it became.

If you have a story in your life that is bringing you suffering, I invite and encourage you to call on your power to paint a picture that will soothe and comfort you, delighting your soul and bringing you the peace of Ichabod.